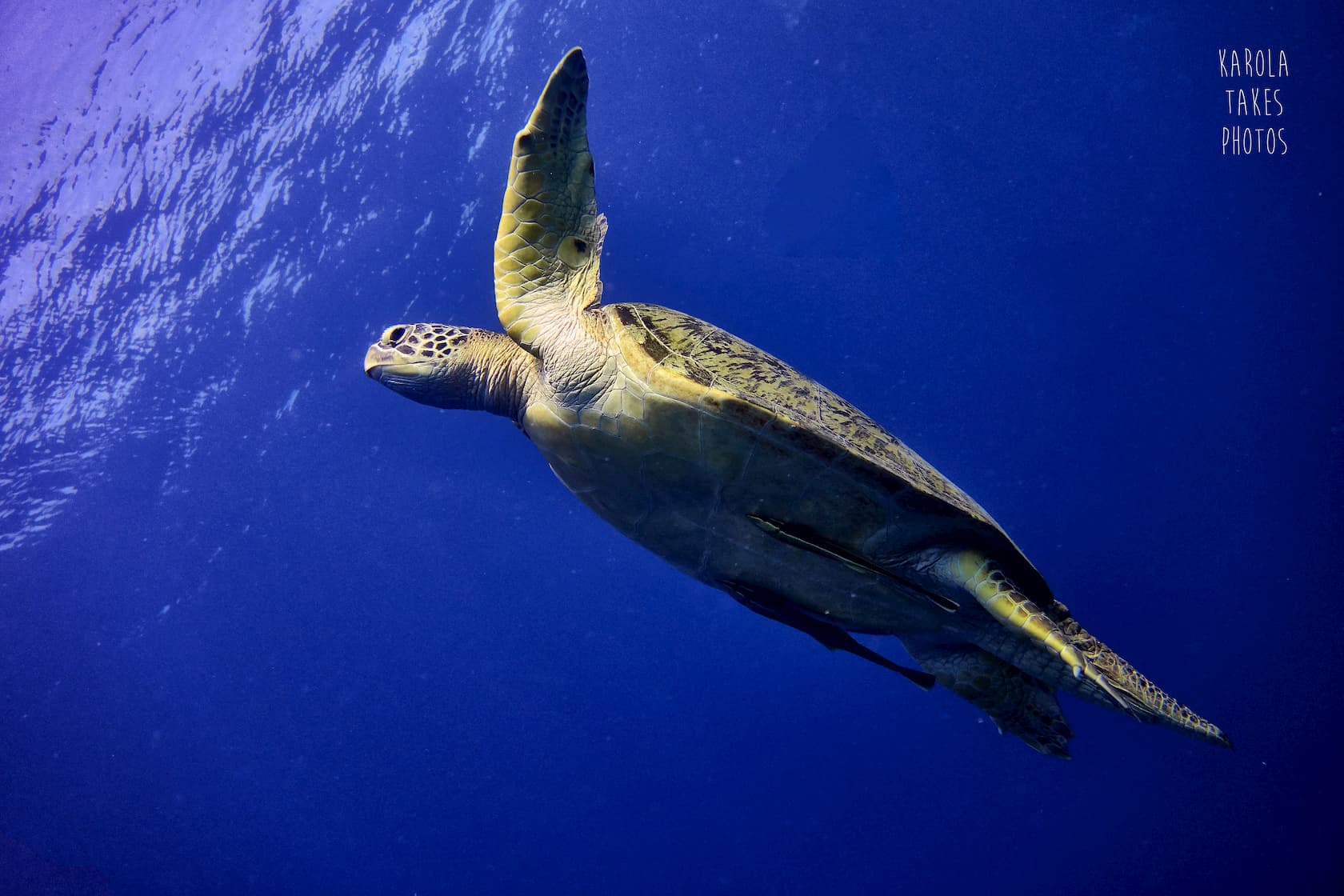 While enjoying breakfast this morning, the instructor team were discussing decompression sickness (DCS) in coral.  This then lead to the topic of DCS in turtles.  There was some debate about whether this was possible, so I decided to investigate and thought I’d write the 10 most interesting facts that I found out along the way!

A study in the Diseases of Aquatic Organisms found that turtles can experience DCS after being caught in fishing nets and brought to the surface too quickly.  67 loggerhead turtles were caught as bycatch and almost half of them showed symptoms of DCS to varying degrees.

2. Turtles can live twice as long as humans

Sea turtles drink saltwater from the ocean.  The excess salt is filtered out through their eyes.  This also helps to protect their eyes from sand when they lay their eggs.

Turtles have a hard shell which helps to protect them from predators.  They are also fast swimmers so can avoid danger.  Many turtle species can protect themselves from predators by hiding their heads inside their shell.

5. Turtles have their own GPS

Turtles have a really strong sense of direction by using the earth’s magnetic field.  They can sense both latitude and longitude and use this to return to the beach that they were born.

Of course turtles are smart enough to know when they need to return to the surface for air.  They can generally hold their breath for around 30 minutes and, while resting, up to 7 hours.  However, if a turtle becomes stuck in a fishing net, or becomes stressed and uses oxygen at a faster rate, they will drown.

8. Turtles lay their eggs on land

Turtles are reptiles, so they have adapted to lay their eggs on land.  Developing turtles would drown if their eggs were underwater.  Female turtles will dig a hole in the sand, lay their eggs in the hole and then cover them up and leave.  This has happened many times on the beach right in front of Trawangan Dive.  You can watch the video here of the turtles hatching and making their way down to the sea.

This is due to the increased demand for turtle eggs, meat and shells.  Pollution is also another contributing factor to decreased turtle populations.  There are also many natural predators for hatchlings like sharks and whales or a variety of seabirds.  Only 10% of hatchlings are suspected to survive.

Researchers at the National University of Singapore purchased live turtles from a market and kept them in water for several days.  Only 6% of the urea produced by the turtle ended up in urine.  They discovered that the turtles would use water puddles as a mouth rinse and spit out 50 times more urea from their mouth.  Although this technically isn’t urination – it’s still a fun fact!

The Gili Islands are known as the turtle capital of the world with Green and Hawksbill species regularly seen.  You can snorkel with turtles just in front of Trawangan Dive.  Most of the dive sites are great for scuba diving with turtles.  The Gili Eco Trust have set up initiatives to protect turtle nests around the island so that they can immediately enter the sea upon hatching.

← Prev: Horse riding in the Gili Islands Next: How to be an ECO-Friendly Tourist on Gili Trawangan (or Anywhere) → 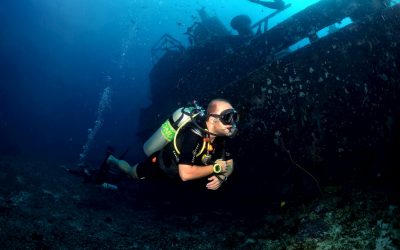 Written by Chelsey Hunts So, you are thinking about advancing your skills as a scuba diver and have heard that the...

All about the horse clinics on Gili Trawangan Indonesia

When visiting Gili Trawangan, most people love the fact that there are no cars or motorbikes.  The horse and... 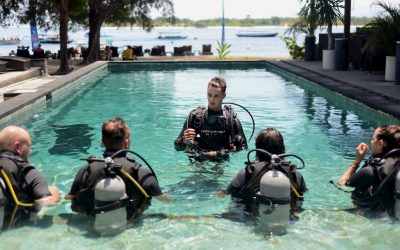 In the dive industry, a larger dive centre may often be referred to (usually by their smaller counterparts) as a...

@trawangandive
Staring into the mesmorizing eyes of a peacock man

Coming out of the house for the first time after i

Reading between the lines - instructor @interchela

Livin' on island time 🙌 The small patch of san

Baby turtles make everyone happy, and we are so lu

This is the kind of isolation we like 😍 out in

🎃 HAPPY HALLOWEEN 🎃 Have a great one wherev

Oh how we miss seeing this boat arriving everyday